Top
By Tanya Nellestein
This may come as a surprise to those of us without a membership – but book clubs are thriving, dynamic and highly sought after. Good news for romance book readers!

For every advertised book discussion group there are dozens more. Case in point, Wollondilly Library is located in Picton NSW (Google it, it’s not a huge place). The library, however, facilitates three book clubs every month and supports several more community-based groups.
Then there are the book clubs that run autonomously in people’s homes and in other community spaces. “We keep the membership at no more than 10 in each group,” says Librarian and discussion facilitator Ann Abdullah. “This ensures everyone gets a chance to express their opinion and discuss the book.”
Reading may be a solitary venture but the worlds we discover are ones we want to explore with others. The need to keep place-based book club member numbers low lends itself to the notion of secret or elite societies. Particularly when many of these groups have been meeting for years with little or no change in their membership.
From a shared love of books often grows deep connections and friendships. Dianne Perry has been attending her book club for over two years.
“I moved to a new area and joining a book club was a way to meet people,” she says. “I’m retired and I missed the social connection. Through book club I’ve made many friends and it’s grown into a social group for some of us who meet outside of the regular group times.”
Kylie Savidge agrees it is a great way to connect with others who love literature. “We’ve definitely all grown closer over time and there is potential for deeper connections to form – or I can just turn up and get my book fix!”
So what gets discussed in book club? Most groups have some sort of process where everyone has a chance to give their opinion of the book or a moderator asks specific questions, before a general discussion takes place.

“There is healthy debate,” says Kylie. “It can get heated but it doesn’t get personal. We hear each other out and can agree to disagree.”

“Book club brings people together. It doesn’t matter if you really like or don’t like a book, people want to talk about it.”

Once a month, Rachael and Anthea facilitate a Facebook Live conversation about a predetermined book through a series of questions. Readers participate by commenting via their keyboards. Authors are invited to join in when the group is discussing their book. “The internet gives you the safety to engage with someone who you admire,” says Rachael. “It builds a community between authors and readers.”
Geraldine Furini was a fan of Rachael’s novels but had never been involved in a book club before. “I love the interaction with like-minded readers,” she says. “It’s a fabulous group as everyone is supportive – we have great book discussions, and we all share a love of books.”
Annette Kennedy says that being “able to share my reviews with the authors makes the experience of reading their books even more special.”
The themes of community and friendship feature in all these conversations. As we travel through life, our friendship circles change and even whither depending on stage of life, work and day-to-day living. It makes sense that we want to find new connections that may be separate to our usual roles and responsibilities.
“I joined as it was run by one of my favourite Australian authors and because I’m a single mum who wanted a book club without having to go out at night, as that’s near impossible!” explains Kristy Rowe of her membership of Rachael’s Facebook group. “Little did I know I would find so many like-minded people in one place… I thought I was odd liking rural romance and living in New Zealand! Turns out I’m not the only one here.” ♥
#blushmagazine #romancelandia #bookclubs 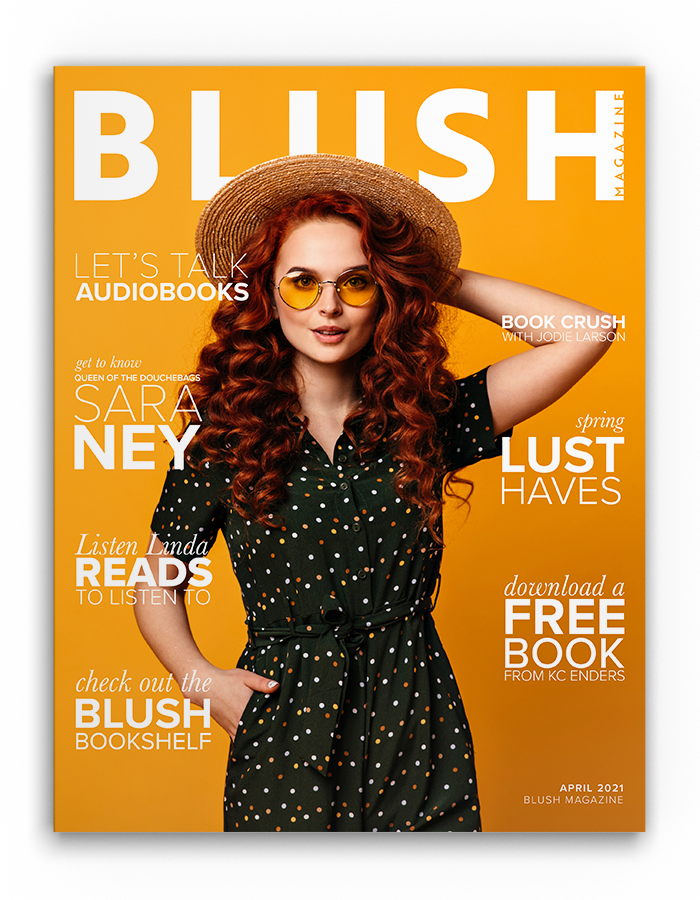 Name that couple ... tag the author!